After returning from our vacation in Germany, I was hot to make Wiener Schnitzel as we enjoyed at the Augustiner Keller Beer Garden a small intimate place that serves about 7000 people a day during their season. In spite of the crowds, we had a very enjoyable meal, due in the most part to our server, and the epic adventure of the Tale of Herr Dr. Frei .

Wiener Schnitzel is a very traditional German and Austrian dish usually made of veal. I'm not a huge fan of veal, finding it to be a bit soft and flavorless, and find that pork works better with its denser texture and flavor. 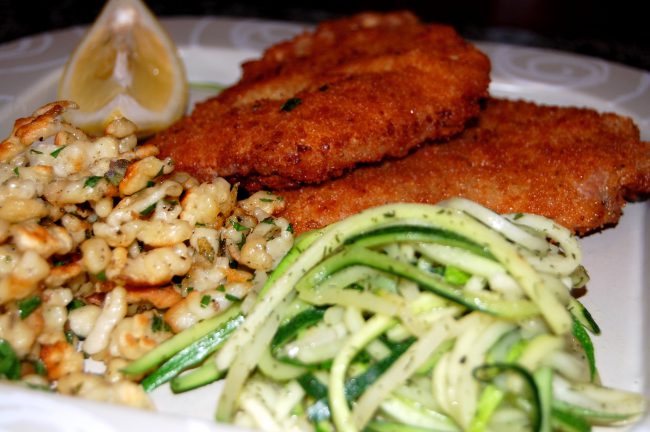 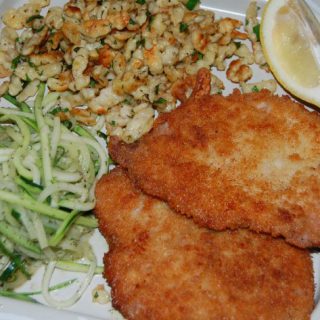