Being Swiss they knew their fondue and my grandfather taught my father the family recipe which we enjoyed every Christmas Eve. As a small child, it was limited to a few bites after we had had a proper dinner. As we got older, the tradition of fondue was so ingrained in our Christmas Eve festivities that the three of us children would eschew any dinner prior, insisting on joining the adults at the "fondue table". Fondue in my home was a stand-up dinner.

But being a part of the adult fondue table, we were limited in our choices of drink. My grandmother believed that if you drank a cold drink, the cheese would "harden in your stomach causing great amounts of pain". Science might not have been her strong suit. So we were offered either wine, with some water mixed in, or hot tea.

Interesting. Would thicken things right up.

So don't do this. Don't add any flour or cornstarch. It makes the fondue grainy. It makes it so it doesn't soak into the bread properly. 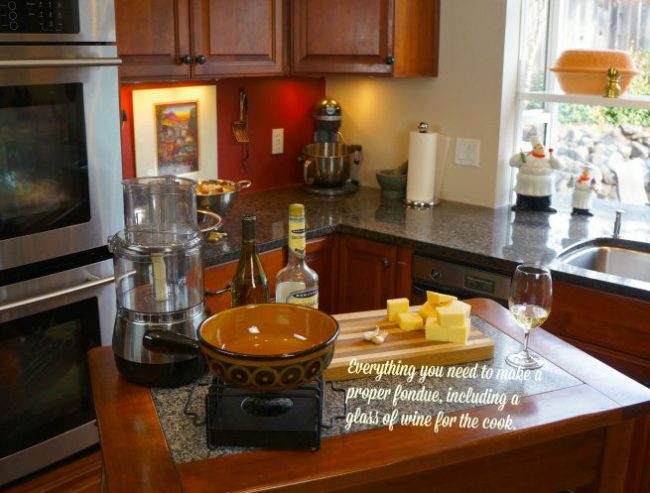 There is really no such thing as "Swiss" cheese. It's a generic name given to cheese that is riddled with holes, and it's only called Swiss cheese in North America. So for the Swiss cheese, I use the Swiss named cheese for Swiss cheese, which is Emmental. Along with that, I use an equal amount of aged Gruyere, another type of Swiss cheese. For added creaminess, I add a small amount of Fontina. While not traditional to the family recipe, I found it does add to the richness of the dish. My mother and sister use a bit of Jarlsberg cheese, a Swiss cheese derivative from Norway. 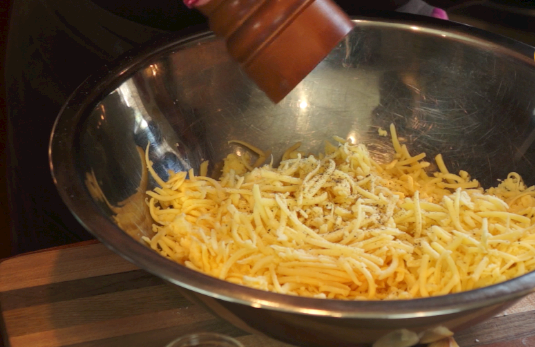 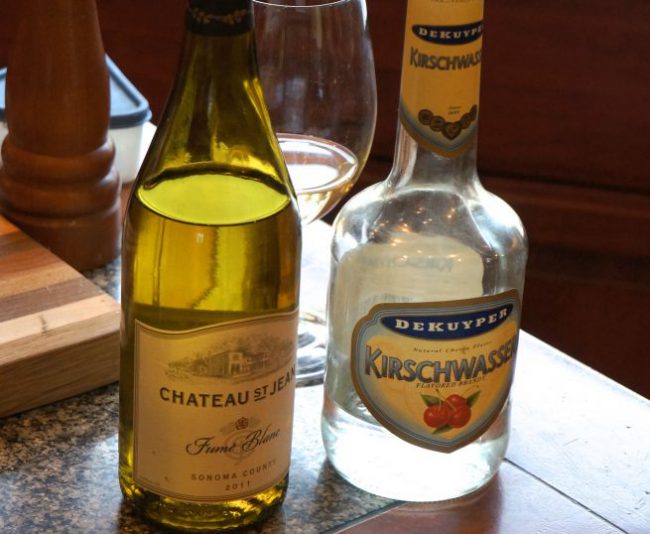 The bread you choose is also a factor. Get a good French baguette with a hard crust and a lot of nooks and crannies. Cut the bread so that there is crust on EACH piece, this is for sticking the fork into it to hold it on while you are dunking it into the hot liquid. It's best to cut your bread at least 2 hours before you want to serve so it crisps up a bit and isn't too soft. 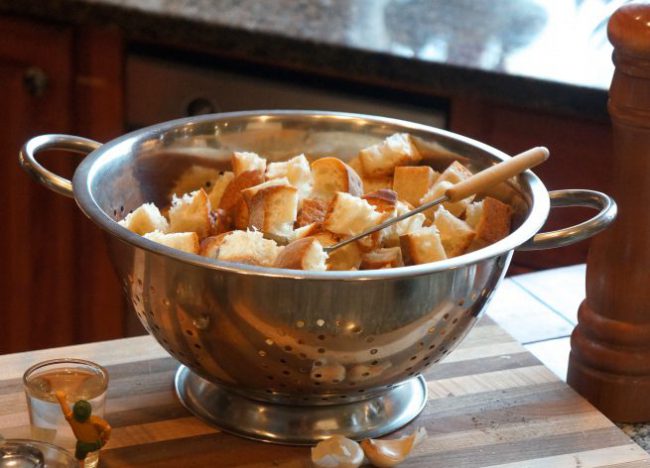 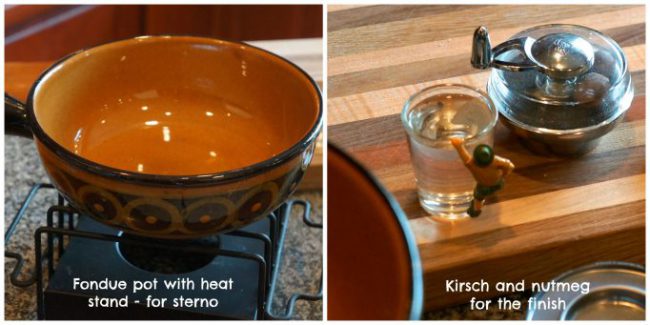 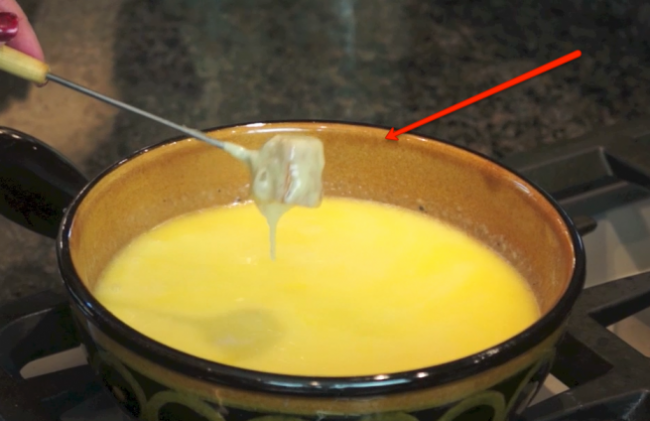 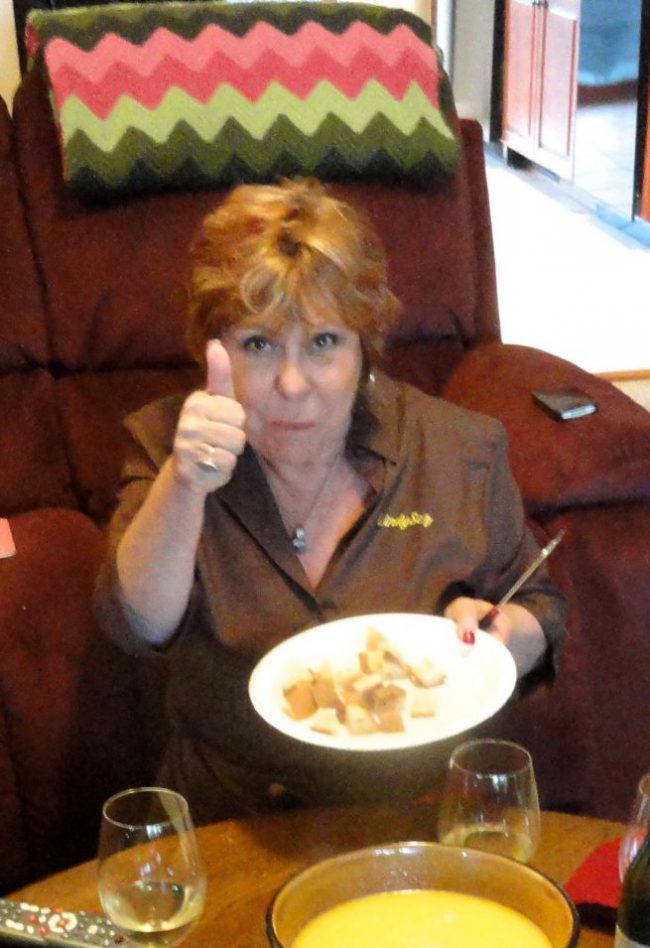 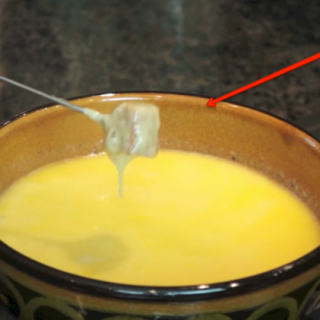