Filled with fresh corn and peppers, Lindy's Southwestern Cornbread Stuffing is the perfect non-traditional "stuffing" for a summertime bird cooked on the BBQ. 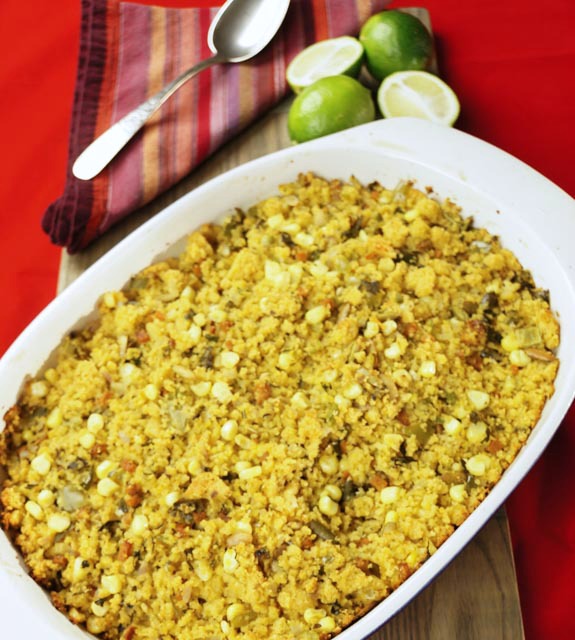 Turkey and stuffing are not just for Thanksgiving and Christmas.

Since I love turkey leftovers, I decided to BBQ a whole turkey for dinner. I didn't want my traditional turkey. This is the time to experiment with other turkey options. A Southwestern theme came to mind as summer corn is hitting the markets along with fresh peppers growing in the garden. So after making a spicy mole chili rub for my turkey, my attention turned to making a dressing that would compliment my mole rubbed bird. This delightfully delicious Southwestern Cornbread Stuffing fit the bill perfectly.

I started with my recipe for Jalapeno Cornbread prepared without the sugar, or the jalapenos, so pretty much just homemade cornbread. I omitted the sugar since I didn't want it to be sweet, and the jalapenos because, well, there were going to be plenty of peppers in the dish itself and I didn't want to overkill with peppers. You can cook the bread as per the recipe, or, because we are going to break it up and dry it anyway, do as I did and spread the batter out on a 15 x 10 inch rimmed cookie sheet, and bake for about 15 minutes, or until a toothpick inserted into the center comes out clean. Let the bread cool, then break it into pieces to allow it to dry out. I actually dried mine out overnight, and then still had to place it into a low oven to finish drying, so if you've got a couple of days to allow it to dry, fine, just leave it on the counter. If not, put the broken bread into a low oven, about 180º  for about 20 minutes. You want the bread to be hard before you add liquid to make it soft.

OK...it does make sense, but maybe not total sense.

If you don't want to make your own homemade cornbread, well, you can buy a box of it already made. It will still be good.

Technically this is not really a stuffing, as it's cooked outside of the bird. Technically it's a dressing. But who needs to be all that technical? 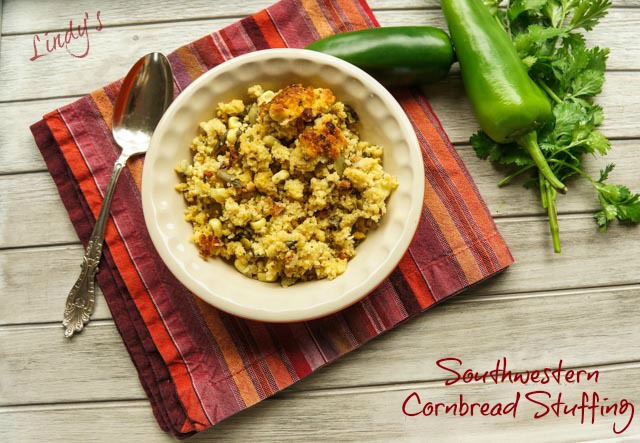 But whatever you call it, call it delicious. 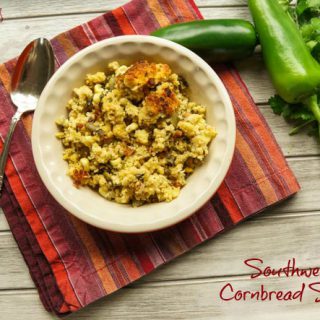