A little backstory... When the company my husband worked for, Dollar-Rent-a-Car, moved its corporate offices from Los Angeles CA to Tulsa OK...we had to make some decisions about our life. At the time we had a one and a half-year-old little boy and while I'd lived in the Los Angeles area all my life and had been working in the banking industry for more than 20 years, working my way up from a teller to Sr. VP of Operations, we had also recently suffered through both the Northridge Earthquake and the aftermath of the South Central Los Angeles riots when a jury found LAPD  not guilty of beating Rodney King.

So I started working on my second greatest love. Cooking.

Cooking from Bon Appetit. Cooking from Saveur.  Cooking from Food and Wine, Gourmet. Yes, cooking big, large, high-fat dinners with lots of cream, butter, sauces...Paula Deen would have been so proud.

So I turned to Cooking Light to set us straight. And help us on our path back. 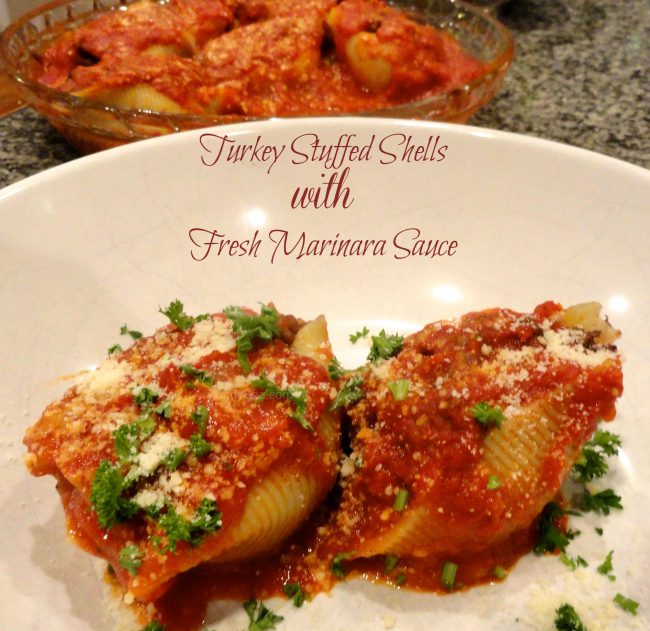 The result? Both my husband and I got back to our LA weights -10.

Turkey Stuffed Shells with Fresh Marinara Sauce is one of those recipes I had to tweak. It had a good backbone, but it lacked an overall yumminess. A richness. I took it from ordinary to extraordinary. I guess I did a pretty good job because this is still a family favorite.

But you won't find the recipe or anything like it in the Cooking Light archives. Guess their recipe didn't make their cut.

Most recipes for cooking pasta tell you to cook them in "rapidly boiling water". I find that most all pasta will cook in almost any degree of boiling water, and doesn't stick to the bottom of the pot when cooked at a "slower" boil than a rapid boil. This is especially true when cooking large shells. Large shells have a tendency to break, and it's hard to stuff a broken shell. I used to boil 18 shells hoping for 12 good ones, but now, I just turned down the degree of boil, to barely a simmer, and find that all my shells, or at least most all of my shells, remain intact. You don't want to overcook them anyway since they will cook more in the sauce, so be sure to cook them at least 3 minutes less than the package directions tell you to. So boil them slowly, at almost a simmer, and stir carefully to keep them from sticking or breaking. 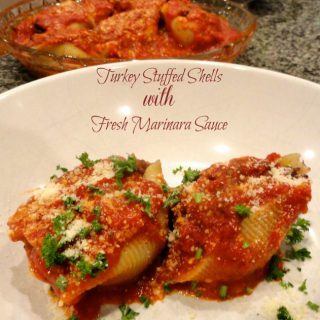