Want a lot of flavors, but without a lot of work? Along with something warming and low in calories.

Spanish Style Wine-Braised Chicken with Spanish Chorizo fits the bill perfectly. A rich combination of chicken pieces nestled into a lovely curry and saffron-infused sauce complemented with sweet golden raisins, firm garbanzo beans, spicy Spanish Chorizo, and a touch of orange. Easy to make and on the table in an hour or less? Yes, please.

Let's start with the chicken part

I use bone-in chicken leg/thigh combos which I separate at the joint between the leg and thigh.

You can see where to cut when you turn the leg/thigh combo over, skin side down, just find where the white fatty part runs between them, that's the perfect place to cut.

Removing the skin to helps save some calories and fat, but also when stewing chicken I find the skin gets flabby anyway so why keep it on? No reason to, and this way all the lovely spices and flavors can easily penetrate the chicken meat.

While I prefer leg/thighs they are higher in fat than chicken breasts.

But it's the little bit of extra fat that gives them their texture and flavor which I think is a plus in this dish.

You could make this with a chicken breast if you insist. If so, I would still use a bone-in breast, cut into 4 pieces, skinned. The cooking time should be about the same - perhaps a bit less. 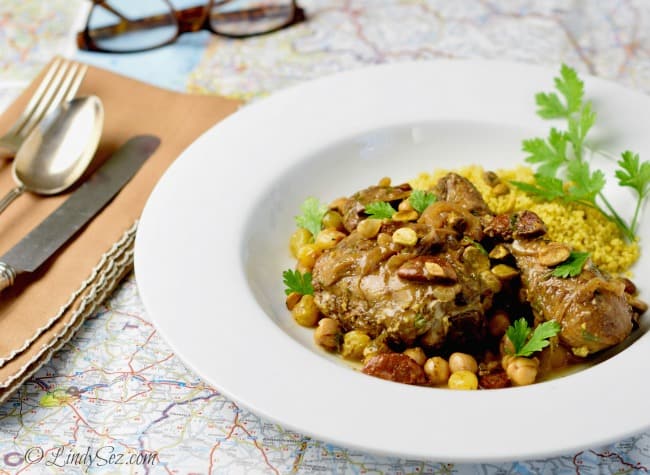 For this recipe, you want to go to Spain and buy Spanish Chorizo. OK, you don't have to go to Spain, you can go to the grocery store and buy it. Don't buy Mexican chorizo though, that is a completely different animal or should I say animal parts.

If you can't find Spanish chorizo, you could substitute Portuguese linguica with some success, or even a smoked Kielbasa.

Just a pinch will do ya! And that's a good thing as saffron is considered the most expensive spice on the planet. Although having just bought a single vanilla bean for $10.95 the other day, I might beg to differ.

The competition is tough on who produces the best saffron with it coming from Spain, Iran, India and almost all continents except Antartica.

Most exported saffron comes from Iran which produces about 90% of all commercial saffron, but I think Spanish saffron is the best.

Buy the best you can, make it a gift to you - or if you are on a budget, Trader Joes sells an acceptable product at around $5.00. It'll do in a pinch.

Saffron does best when it is allowed to "bloom" prior to adding it to a dish.

Putting it into water, broth, or best, an acid, helps the flavors to release and expand.

So put it into the wine - along with the chicken broth, curry powder, and cayenne -it all gets added at the same time anyway. 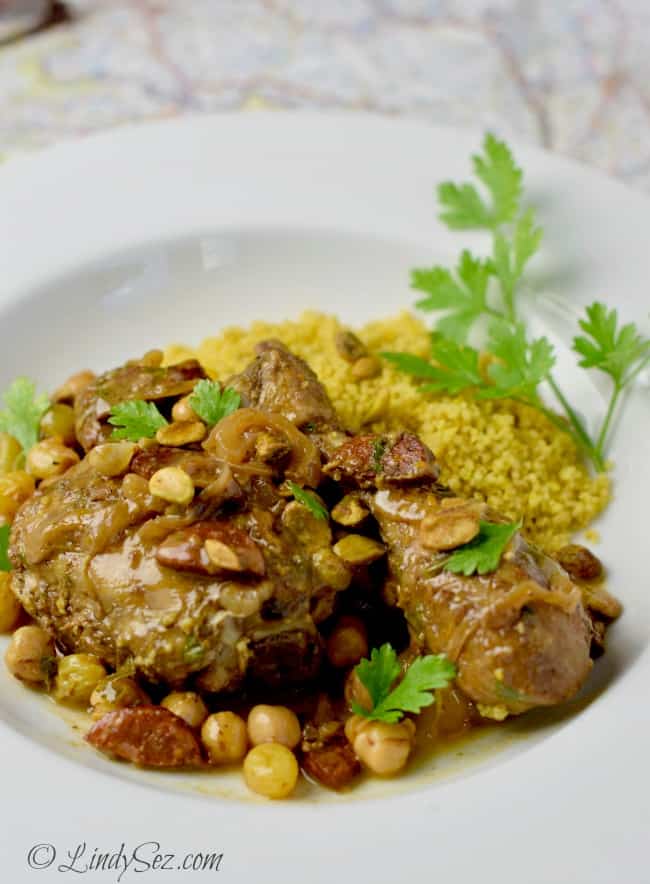 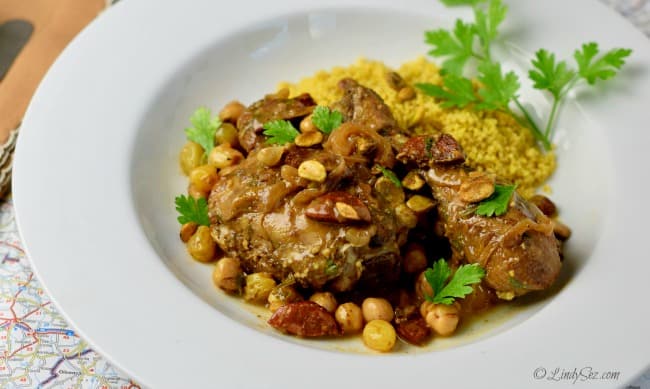 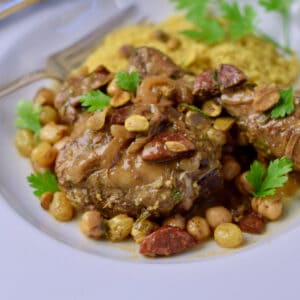