No, I don't mean the ones on the internet that have you put a pork butt or shoulder into a crockpot and cook it for 6 hours.

The French call it confit; in Mexico, it's carnitas.

The French do it with duck. In Mexico, it's pork.

And it's all delish.

Meat in fat Lindy? Isn't that just a bit crazy and against all that you talk about this whole low-fat cooking?

No, it's not. And I'll tell you why as the story continues. 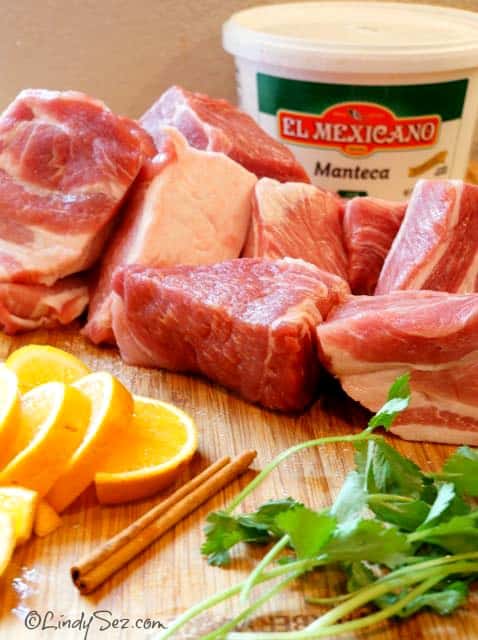 The ingredients for Authentic Homemade Mexican Carnitas are simple - lard, pork, orange, cilantro, and cinnamon stick. Let's go over each one briefly.

Why? Because it's fat from an animal and not a plant?

Well, calorie wise, fat is fat. And while regular consumption of high saturated fats is not good for you, the cooking method of making carnitas does not add to the fat content of the meat. As a matter of fact, the opposite occurs - fat is actually pulled from the meat. This is why, in most Mexican households that make homemade carnitas, there is a big tub of previously used and stored lard in the refrigerator. Each time it is reused, it only adds more and more flavor.

After you make this recipe if you ever plan to make it again, save the seasoned lard. You know, in that back corner of the refrigerator when all left-overs end up to turn into moldy, "what the heck was this"? Yeah, stick your saved fat there for next time.

I know at my local Carniceria lard is in quick demand. You call and call and it's gone. But that is the best way to get it - buy the fat and render it down slowly.

The first I bought a couple of tubs of pre-rendered lard, which was good but the second time I had some lard, freshly rendered from Berkshire pigs, and it was much better. So if you can, get fresh and render it. If you can't get some already done. Do not buy shortening and think it's the same thing. It's not. Vegetable, animal. You want animal fat.

It would be extremely difficult to make carnitas without the pork. The only thing to keep in mind with this ingredient is - buy a fatty piece of pork. One that has a lot of marbled fat in the meat so it can cook out and flavor the meat while adding moisture. A roast without fat will be dry at the end of the cooking process - so fat is key. Pork shoulder, or pork butt. Usually, I use boneless, but sometimes I get bone in. When I do, I put the bone into the mix as well, it only adds flavor. You will not, however, be eating the bone. 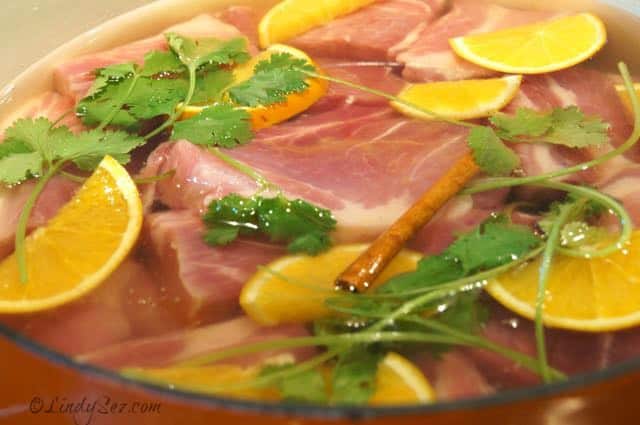 There are pretty much two things that happen when you cook a fatty, connective tissue-laden cut of meat like a pork shoulder in low-temperature fat - under 250°F: 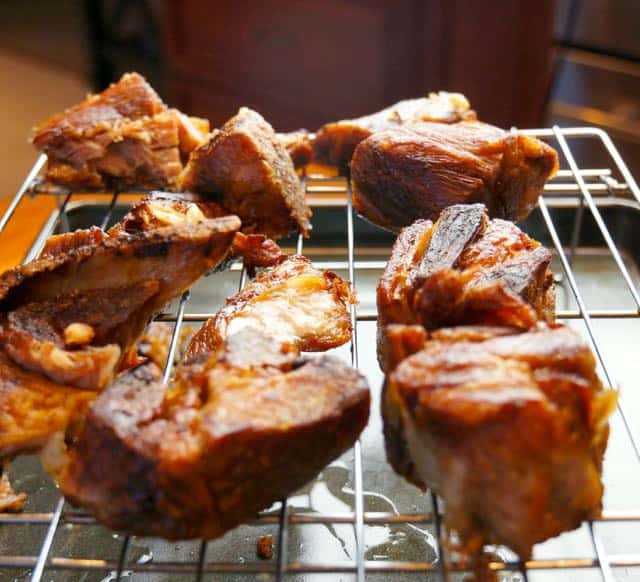 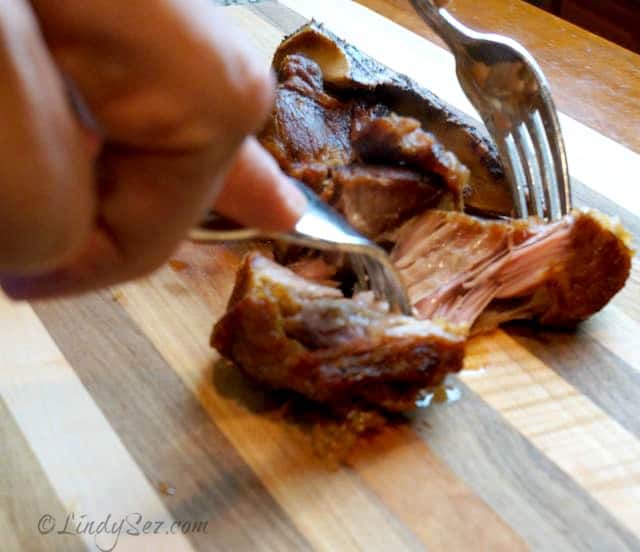 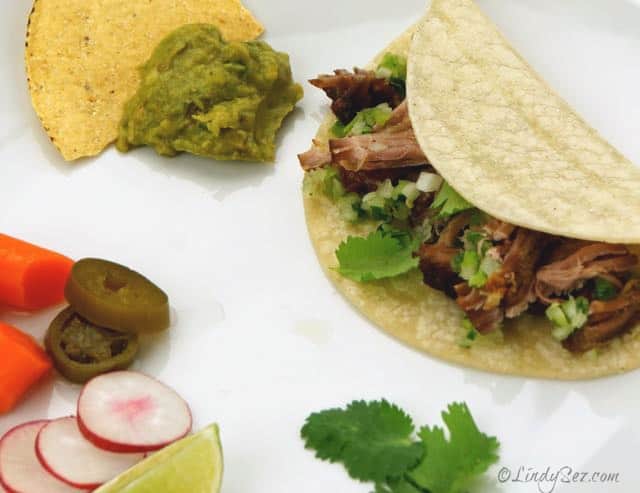 On a side-note...I had my second son when I was "older" - and within 3 days of when my first son had his daughter. Being way too young to be called grandma, and also not to confuse my newborn son who had a grandma, who was my husband's mother, we decided on calling me Abuelita, or Lita for short. This is how my grandchildren know me. So while my roots may be Swiss and German - I can make carnitas as good as any Abuelita. 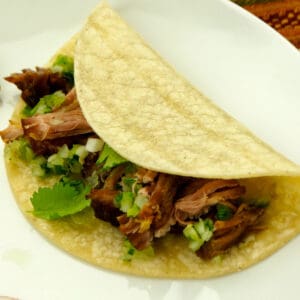 Keyword authentic, carnitas, cooked in fat, lard
Tried this recipe?Let us know how it was!
« Thai Curry Scallop with Spinach and Rice Noodle
Retro Clam Dip »