This recipe makes a rich, but low-fat ice cream, that is then topped with a rich orange-infused dark chocolate sauce. So so good, vanilla, orange, and chocolate. Top with optional chopped peanuts and it's better than another one of my other favorites, a good old fashion drumstick. Because of the fat and calories in those, I like to cut them into half and eat only one half, topped with some fresh fruit, especially strawberries, like I did here... 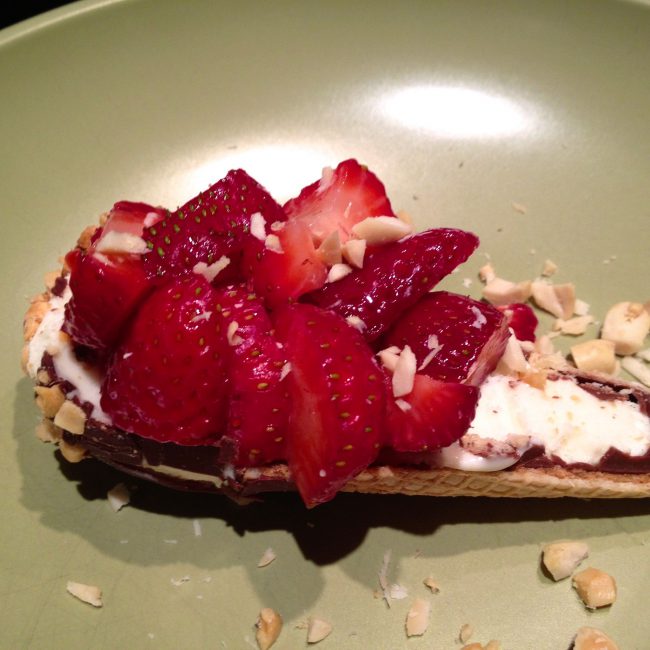 It's easy to make ice cream at home when you have a new modern self-cranking ice cream maker. In the "olden" days, you needed to set the ice cream maker up, fill the outside bucket with ice and salt and then stand and crank away. Ah, the nostalgia of those hot summer days. 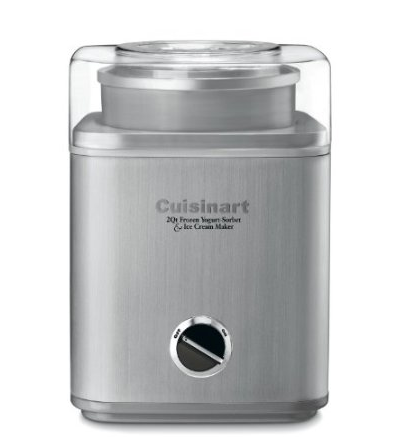 Don't have an ice cream maker and don't want to buy one? No worries, I give you an alternative method to make this delish ice cream combo. 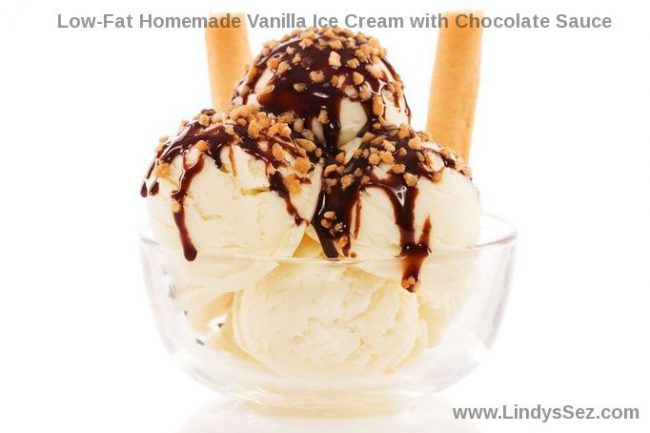 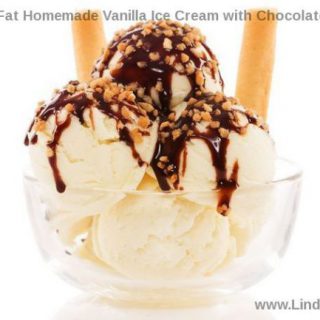