This recipe for Crustless Onion Leek and Blue Cheese Quiche is a great recipe to make ahead. It's perfect for brunch or lunch. And because there is no crust, it saves on calories and is gluten-free!

How to make Crustless Blue Cheese and Leek Quiche

It's become a joke around here on the weekends anymore.

If you've been reading my recipe blog for a while, then you know I have four chickens, and those chickens give me eggs.

So on the weekend I always ask my husband "so how DO you want your eggs today?"

And you must use at least 2.

Frittatas, omelets, quiche. They all use eggs.

Quiche is generally an egg custard with cheese and mixed vegetables, or meats, that is then poured into a crust and baked until firm.

I consider a frittata a half-baked omelet.

Of the two, I like the texture of a quiche more; so I thought, what if I made the quiche, but saved myself the calories and carbs by omitting the crust? And of course, this makes it gluten-free as well!

A quick look in my refrigerator and I found I had some swiss cheese, blue cheese, leeks, onions, and bacon.

And that's how this recipe for Crustless Onion, Leek and Blue Cheese Quiche came about. 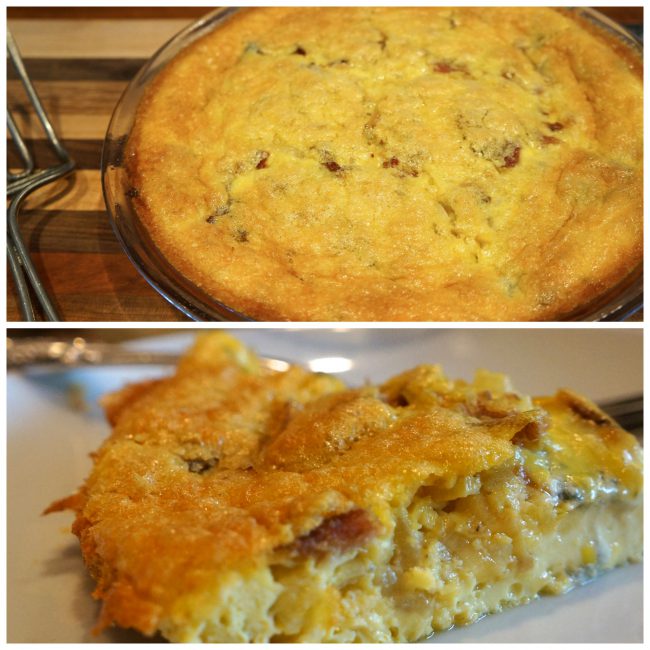 I started off by sautéing the diced onions and leek together in some olive oil and butter, just until they started to get caramelized around the edges.

While those simmered away on the stove, I put 4 pieces of bacon in a thick fold of paper towels and zapped them in the microwave until they were crisp. When microwaving bacon I always think of 1 minute per piece to start, then go in 30-second increments until they reach my desired degree of doneness, which is brown and cooked all the way.

Let the bacon sit for about 5 minutes after it's done (remove it from the paper towels) and then chop it into pieces.

Since it's crustless, I wanted the custard to be rich and thick so it would be easy to remove from the pan. I wanted to use all cream, but I only had half a cup so I supplemented it with whole milk. You could either use all cream, half and half or whole milk. I'm not sure low-fat milk would work as well, too much water, not enough fat. But we're not eating this every day, so let's live a little. As Julia Child always said, "all things in moderation." Julia died 2 days before her 92nd birthday, so I think she had a good philosophy, certainly one philosophy I can try to live by. 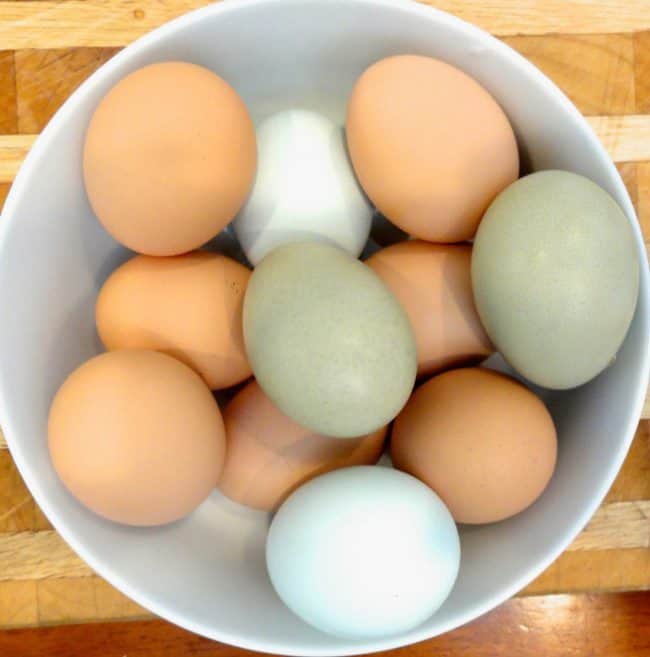 Once you have the sautéing, grating, and zapping done...this dish is a cinch to put together. And it certainly is delicious to eat.

What would you do with your eggs? 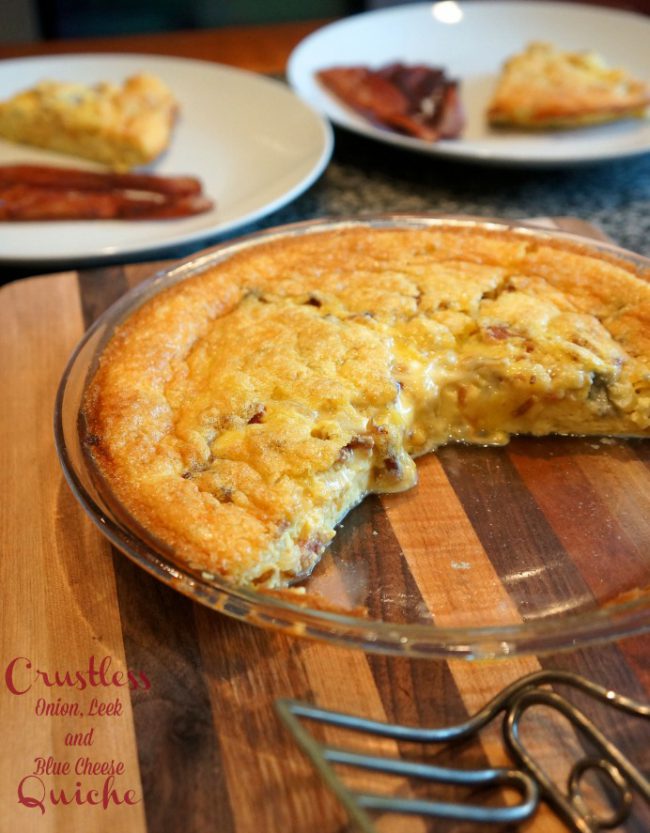 After we enjoyed this quiche, I thought it would be perfect with some fresh corn kernels added.