My husband still refused to try them until he had them at Hawthorne Lane, now closed, in San Francisco. Dave and Annie Gingras opened this high-end restaurant in the Financial District South of Market where they created delicious meals and it became my husband's "second" office so to speak; he must have eaten there 2 or more times per week. One day David said, "OH, I have the best treat in the world, some fresh baby Brussels sprouts; let me fix some for you." Brian declined. When asked why he told much the same story about his experience with Brussels sprouts as I had. Slimy. Yucky. Round balls of goop.

Brussels sprouts are commonly served at my house. Small, fresh Brussels sprouts, cleaned, and soaked. I have various preparations, including a chiffonade sautéed with pancetta, but this one, Brussels Sprouts with Walnuts is easy and delish and keeps the fats and calories down as well. And veggies should be fresh and low calorie, not big old fatty calorie bombs IMHO. 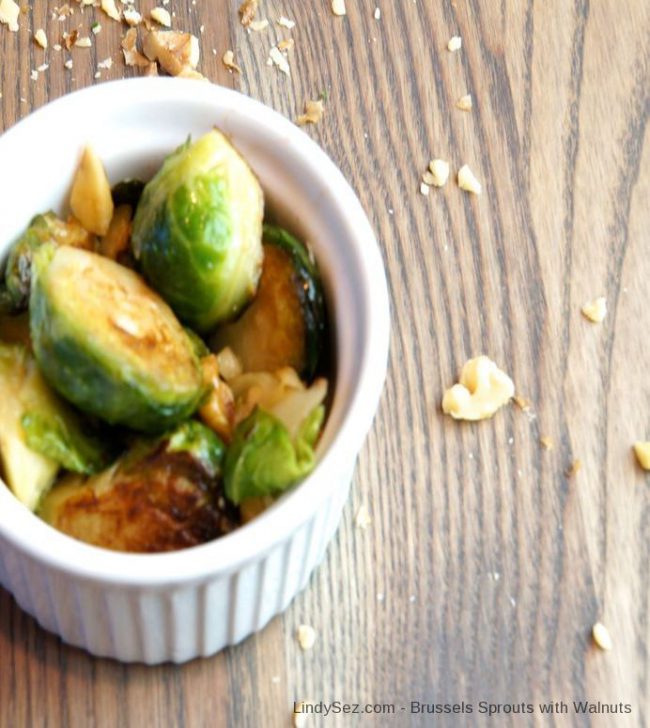 These are a great side to many dishes but work especially well with Duck 2 Ways with Port Cherry Sauce. 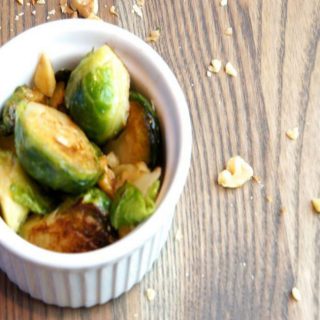