"This recipe for Shredded Chicken Enchiladas may be the BEST chicken enchilada recipe you've ever had! Starting with a flavorful poaching broth to fully flavor the meat, add a super tasty filling, along with a combo of homemade and canned sauce, this recipe really takes the ordinary and makes it extraordinary!"

The Making of Shredded Chicken Enchiladas with Red Sauce

What does one want to eat after spending two weeks in Hawaii? Mexican food, that's what.

BB and I took a two-week trip to the Isles of Hawaii, one week for work, one week for play and to celebrate our 25th wedding anniversary.

Well, BB had to work for one week. I, on the other hand, got to lay by the pool and beach, soaking up the rays.

Tough work, I know, but someone has to do it, right?

As on every "work" related trip, there is food and wine involved, so it's not like we didn't eat well...we certainly did... 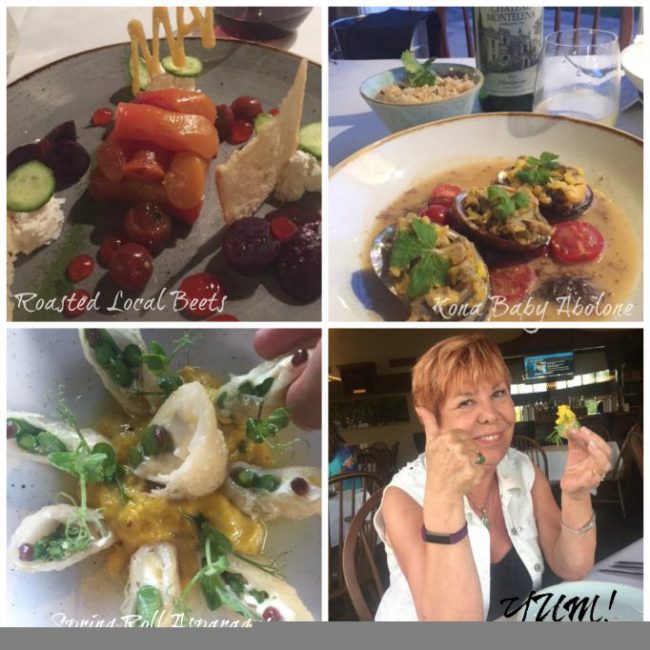 Such as we enjoyed at Mei Grill, by Allen Hess,  a new and innovative dinner menu being served at the local golf club...

To our beloved, casual Poki from da Poki Shack eaten at our favorite beach/snorkel spot...

Not to forget our "elegant" Father's Day Bruch on our Lanai with beautiful ocean views... 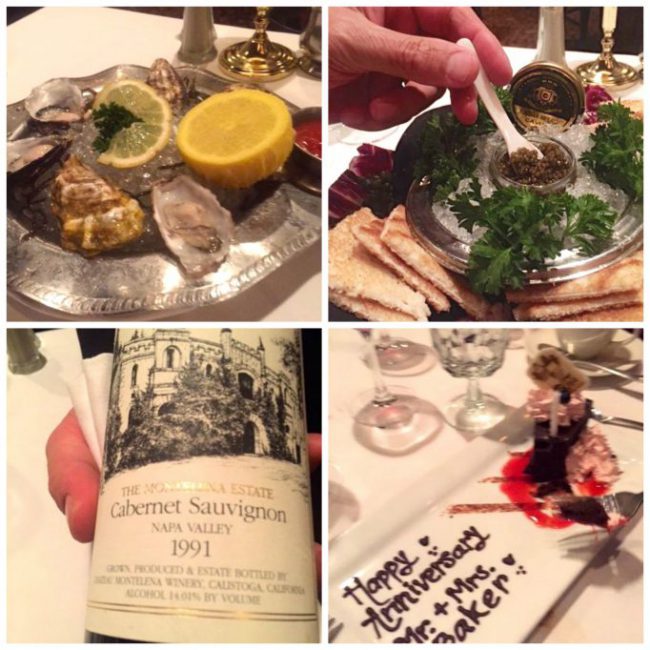 But in Hawaii, just like in Northern California,  there just isn't any good Mexican food to be found.

So once we got home, making some was on my "to do" list.

I love enchiladas and make many different kinds. Beef, shrimp, crab, chicken, turkey - but this time, I wanted something new and different. My mind had been coming up with flavor combinations during the 6-hour flight home, and I knew I wanted a nice flavorful filling and I wanted to keep it lighter by using chicken breasts, or in my case, chicken tenders.

The problem I have with white meat chicken enchiladas is, usually the meat is uninteresting.

So I set out to change that.

How to Create a Flavorful Chicken Filling

First off, I start the meat off with a full flavor poach in full-flavored poaching liquid. I can't tell you how much of a difference this makes. You just have to taste it to believe it.

The second problem I have with shredded chicken enchiladas is; the meat is generally shredded without embellishments.

What,  I thought, would be a great flavor in shredded chicken without making the chicken a non-player? Thinking through some of my other enchilada recipes, I decided that tomatoes are a natural...so diced canned tomatoes are used, along with some diced green chilies,  Ortega® came to the rescue on that, and of course the usual spices, chili powder, oregano, cumin...

What is American Style Chili Powder

If you are not familiar with American style chili powder, know that it is not cayenne pepper, or straight up ground chilies.

American chili powder is a combination of chilies, and some spices, mostly oregano and cumin, along with salt. It's generally pretty mild in heat, but with great flavor. You could make your own, but I find store-bought, pre-made brands to work well. I generally use Gebhardt's but have used Schilling and McCormick's brands with good success.

On to what completes the dish ...

I love BB's mother's recipe for chili gravy. It's a rich brown sauce made of oil, flour, chili, oregano, cumin, and beef stock.

But it does, at least to me, lack a certain depth of flavor.

I was raised on canned enchilada sauces, such as Las Palmas and La Victoria. Both are made of primarily chilies. Both are thinner than Gail's Chili Gravy and have a different flavor profile.

When making my recipe Mexican "Lasagna" Enchiladas Casserole I mixed my can sauce with Gail's Gravy and came up with what I deem a "perfect" combination of flavors.

So this is what I used for this recipe, a combo of both Gail's Gravy and canned sauce.

BB and I are both fans of black olives in our enchiladas, so I added them. But you don't have to if you don't want to. Top it all off with cheddar and jack cheese, and for us, some cotia, and 'Ole! 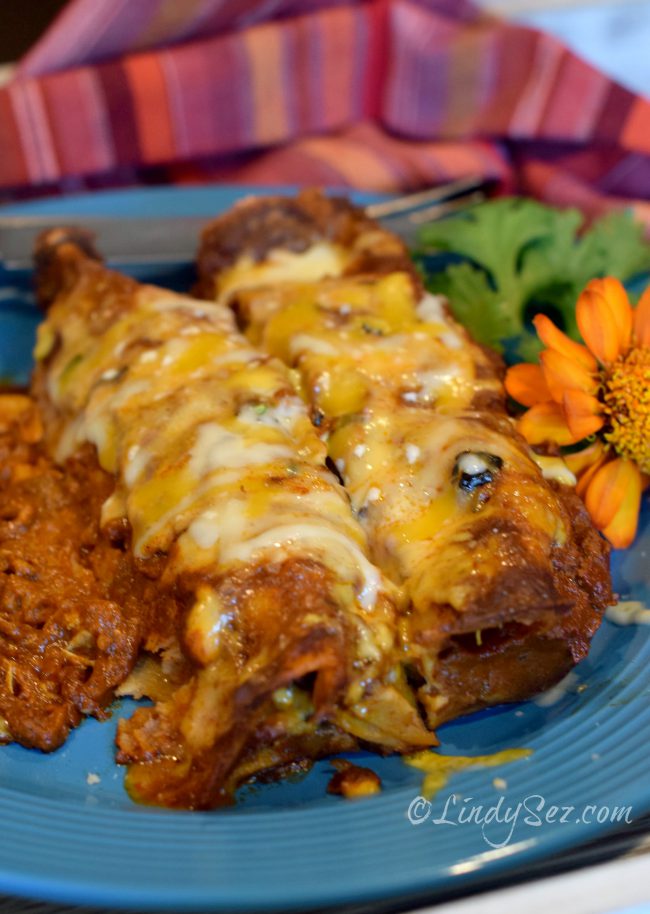 LindySez: I can guarantee you these enchiladas are far more delicious than this photo is pretty. Really, seriously good. I hope you try them soon. 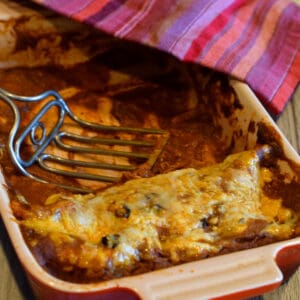