The making of Sesame Crusted Yellowtail Tuna with Two Sauces

Sesame Crusted Yellowtail Tuna with Two Sauces is a recipe I put together by combining two of my favorite things; rare seared tuna and tasty sauces. The sauces, Sambal Vinaigrette, and Wasabi Cream, both come from the Epicurious website, with slight modifications, like using less oil and mustard in the Sambal Vinaigrette. Epicurious is one of my many "go-to" websites when I'm looking for ideas for dinner or researching an idea I had for a recipe. Theirs was being prepared with halibut that they coated with finely chopped parsley, fried, then topped with these two sauces. I never got the parsley connection as these sauces both have heat and are very Asian in flavoring.

But parsley? So I decided to put them on a rare seared tuna that I have crusted with sesame seeds, keeping it a little more "Asian" in taste.

Rare seared Ahi or Hamachi? The choice is yours.

Rare seared sesame-crusted yellowtail and yellowfin tuna used to be very popular hors-d'oeuvres. I don't see it as often anymore, but when we traveled to Hawaii on a regular basis, they were at every cocktail party and reception we attended, made with either yellowfin (Ahi tuna which is red) or yellowtail  (Hamachi which is white). And just as in good sushi or sashimi, the tuna has to be rare in the middle. Overcooking the fish is simply wrong, IMHO. Rare yellowtail is heavenly. So is yellowfin and either one will work in this recipe. 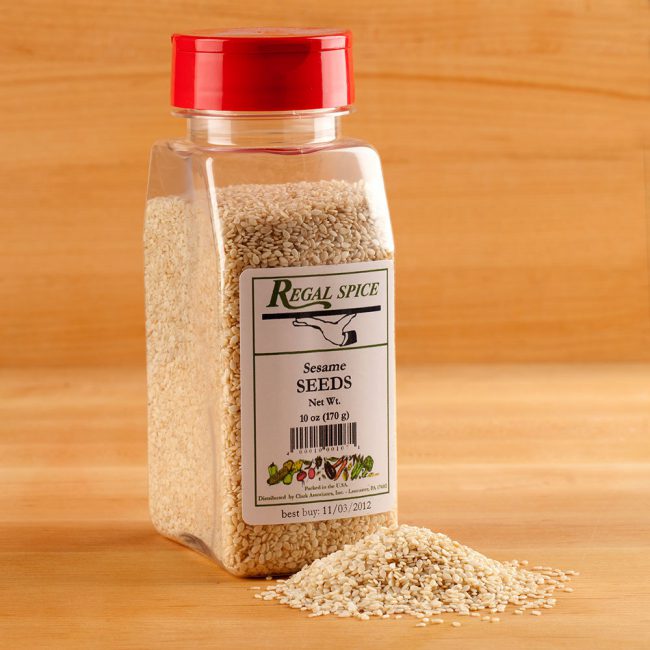 The sesame seeds that crust the fish can be black or white seeds or a combination of both. They really give it a great nutty-flavored crust that works so well with the vinaigrette and wasabi cream sauces. When buying sesame seeds, try to buy them at an Asian market, they are so much cheaper than they are in the grocery store. There are also a lot of good sources online like these Regal White Sesame Seeds, 10 ounces for just $1.99.

And they are already toasted! Bonus Bonus! So why pay more?

This recipe is simple, elegant, and delicious. Serve it with some steamed Jasmine Rice along with a Simple Cucumber Salad and/or Grilled Sesame Asparagus.

Keyword ahi tuna, hamachi tuna, rare tuna with sauce
Tried this recipe?Let us know how it was!