"Direct from Taipei- this Five-Spice Beefy Rice Bowl. A simple stir-fry that's so easy to prepare. Naturally gluten-free, low in fat and calories - perfect for lunch or dinner." 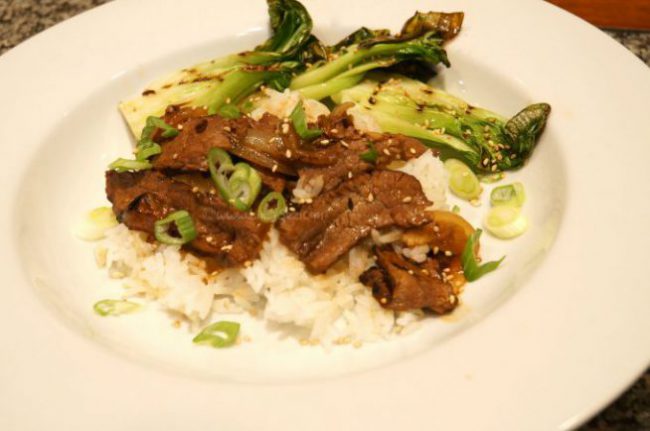 Years ago, when my husband worked for Dollar-Rent-A-Car, he and I had the opportunity to go to Taipei as a part of the ASTA (American Society of Travel Agents) convention. While most of the people at the convention were satisfied with the activities that were planned by the Taiwan government, as the best way to showcase their city, and eating a variety of American centric local cuisines at the various functions, Brian and I wanted to head out to see the city, as only a foodie tourist could do.

Jumping into a taxi in Taipei is akin to taking your life into your own hands, or better, putting your life into a crazy person's hands. The driving hierarchy in  Taipei is "the bigger you are, the more right of way you have". Trucks trump buses, buses trump vans, vans trump cars, cars trump motorbikes (and there are a lot of those) and motorbikes trump other bikes and people. When the streets get too crowded, the sidewalk becomes a part of the street for motorbikes and people. So move out the way!

And all eyes forward; if you make eye contact, you must yield right of way.

Not to be taken too seriously.

I'm a foodie, but maybe not a "FOODIE"

We had our "driver" drop us in the middle of the city and we started our tour ... looking into various shops and eateries. When lunchtime came, I was adamant, I was not going to eat monkey brains! Nor was I interested in the cauldrons of smelly soup with what appeared to be slimy tentacles in them.

Snake blood in Snake Alley, no thank you.

Maybe I'm not that much of a "Foodie". Or maybe I was just not prepared to die. Either way, when we came upon a small local open-air cafe, featuring rice bowls, I was all in.

A Rice Bowl with Beef

This was a simple dish. Seasoned meat, stir-fried with caramelized onions, some beef broth, served over steamed rice.

After we returned home, I made my version of Five-Spice Beefy Rice Bowl, many times. And now, finally, I'm writing it down and sharing it with you.

It starts with some nicely browned onions ... 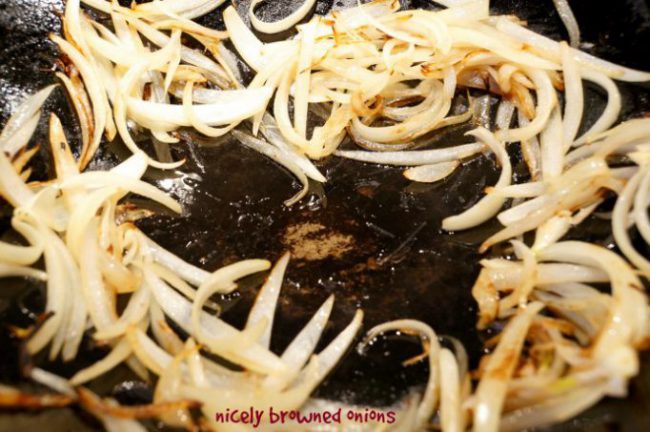 Next, we add our seasoned beef ... and our broth 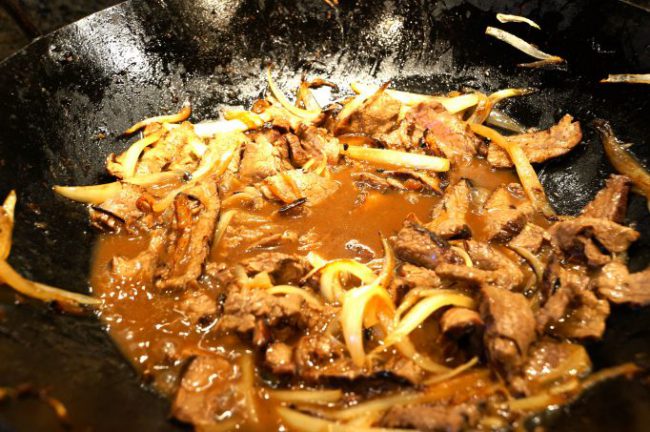 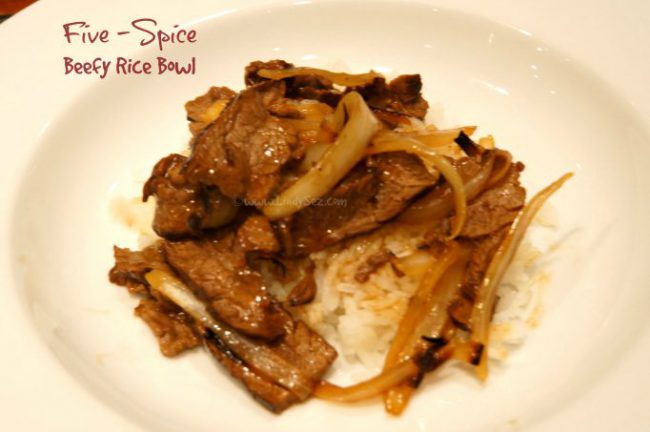 While I generally serve this with Jasmine Rice, you could serve it over Twice-Cooked Brown Rice, if desired. Twice cooked brown rice gives you all the benefits of brown rice but is soft and tender. 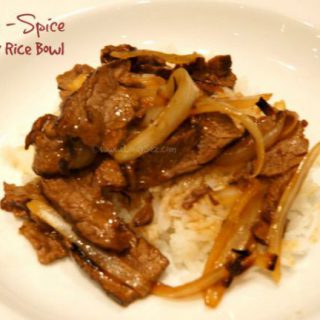