If you want an easy way to cook a delicious, tender, juicy chicken on the BBQ…then this recipe for Beer Can Chicken (Dancing Chicken) is it.

The story behind Beer Can Chicken (Dancing Chicken)

If you want an easy way to cook a delicious, tender, juicy chicken on the BBQ...then this recipe for Beer Can Chicken is it.   We like to call them "dancing chickens" because of the way they look when cooking on the grill...with their wings tucked behind their heads.

Inserting a chicken onto a can of beer keeps it moist as the beer bubbles and bastes the chicken from the inside; the flavorful rub makes it delicious and the slow-cooking gives it tender fall off the bone goodness.  You don't need to be concerned about cooking with the beer if you have children, because all the alcohol cooks away, leaving just great flavor.

I have had people, who don't like or drink beer, tell me they had good results using a canned soft drink in place of the beer. Sounds logical that something with a bit of spice, such as Dr. Pepper, or a cola would give some good flavoring and moisture to the inside of the chicken. 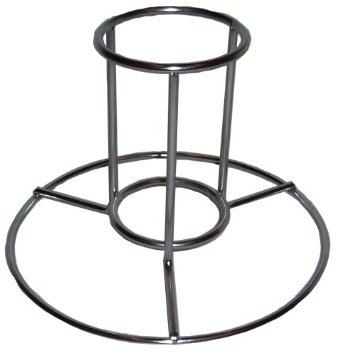 For many years I just precariously positioned the chicken on the grill, using its own legs like a tripod.  It never fell over, but I have to admit this handy stand makes it a lot more stable and easier to get on and off the grill.  For less than $10.00 I highly recommend you get yourself one!  (beer can chicken holder) 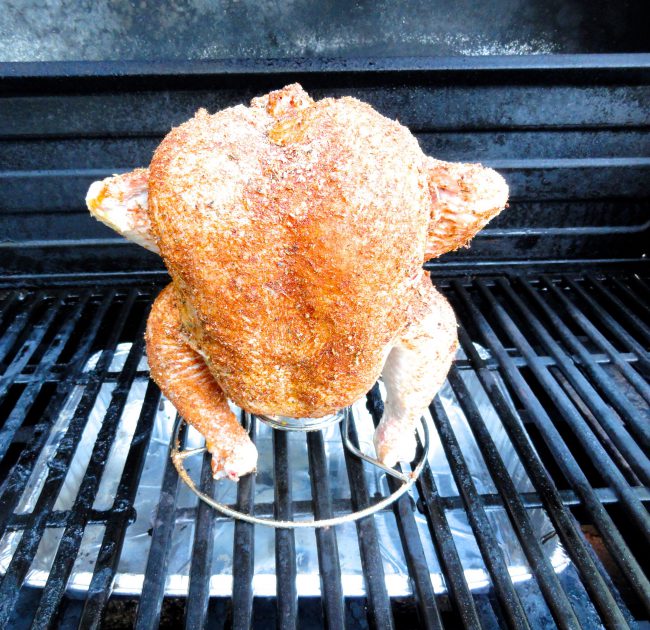 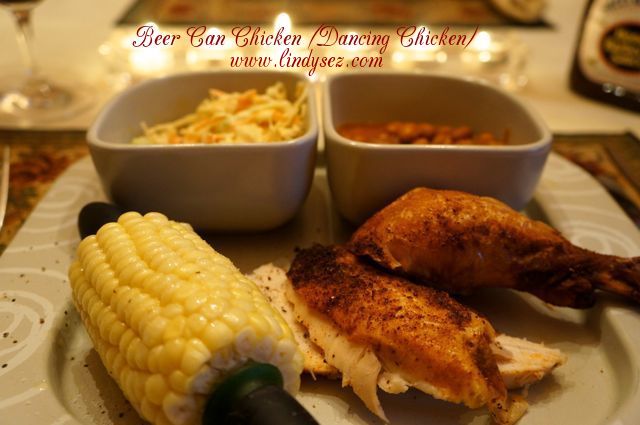 LindySez:  You could make this with some Cornish Game hens as well.  Then decrease the cooking time to 1 hour in total. 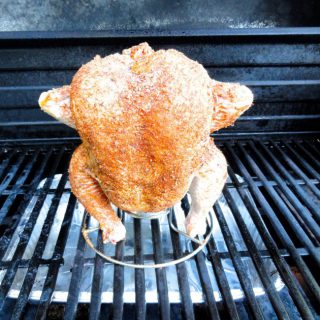