This is a classic Quiche Lorraine, the grandmother of all quiches. And it's so simple to do ahead.

The story behind a Classic Quiche Lorraine

This is a classic Quiche Lorraine, the grandmother of all quiches. And it's so simple to do ahead. Make the crust the day before, have all of the cheese grated, the eggs, and cream mixed and then just put it together and pop it in the oven.

What you put into a quiche is pretty much only limited to your own imagination. This one just has bacon in it; try that or add some spinach.  Defrost a box of frozen chopped spinach, still one of the best bargains in the grocery store; squeeze it dry and put it into the shell with the cheese; pour the egg mixture over, and voila.

A box of frozen chopped spinach is still one of the best bargains in the grocery store!

Where does Quiche Come From?

Quiche may have actually originated in Germany. According to foodreference.com, the savory breakfast dish was first concocted in the medieval German kingdom of Lotharingia, which stretched across France, Germany, Luxembourg, Belgium, and the Netherlands.  But these days, it is mostly believed it was named after the Lorraine region of France. But as always, when it comes to the origin of foods, there will always be a debate.

Adding a fresh green salad made with baby lettuces turns this Quiche Lorraine into a meal. Or try with a Shaved Asparagus and Fennel Salad for a tasty treat. 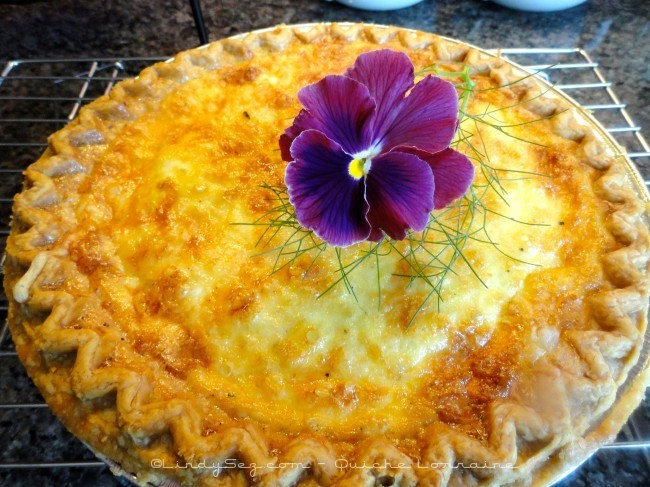 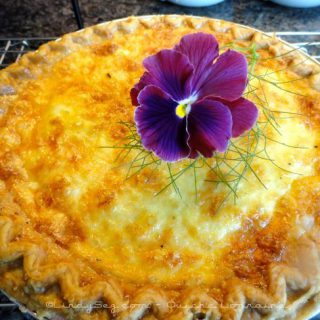 The prep time does include time for you to make Lindy's Favorite Pie Crust. If using store-bought your prep time will be less.