Complex flavors are achieved in this simple to prepare recipe for Linguine with Grilled Tuna and Capers by doing a quick char of the fish and veggies. 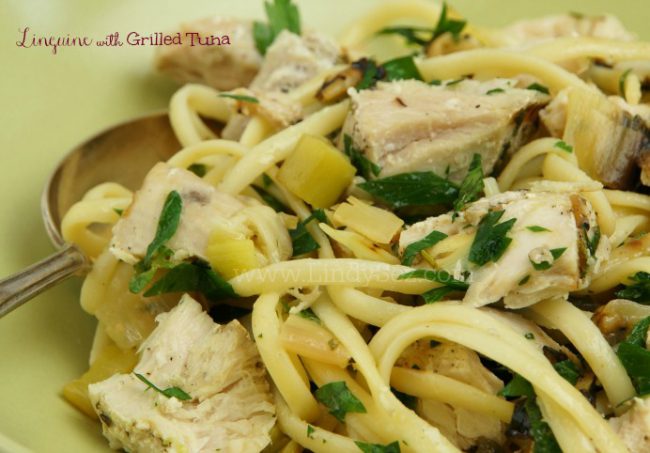 The story behind Linguine with Grilled Tuna

Another winner from my inbox, this recipe for Linguine with Grilled Tuna is largely based on an Epicurious recipe titled Linguine with Grilled Tuna, Capers, and Parsley.  It was a great, simple, delicious-sounding dinner that was going to help me use up some of that yellowtail I bought from Pike's Peak Market in Seattle; fish I still have seal-a-mealed up in the deep freeze. And it's time to use it up. Because I can't go back to get more until I do. And I love Seattle, so it's time to go visit, eat, and shop.

"A simple char, a few easy ingredients, and it's dinner."

Before I get into the recipe, per se, I'd like to tell you a little more about my seal-a-meal and why I think it is totally worth the cost, not only for the vacuum sealer but also for the bags.

It's worth it because it allows you to keep your food fresh, longer. Much much longer. With no freezer burn. And, when you want to defrost something, simply plunk the sealed bag into some icy cold water and let it sit for about an hour. Unless you are talking about a big ass roast, it will more than likely be thawed. (If you are going to need more than an hour, I recommend you place the pot with the water and the food in the refrigerator. Safety first. Or, if going for an all-day or two-day thaw, just put the bag in the refrigerator and be assured any juices are going to stay inside the sealed bag.

And don't feel you need to get the most expensive one, the very simplest one will do the job just fine.

OK, back to the recipe for Linguine with Grilled Tuna. When reading through the original recipe,  I thought the flavors sounded great, but there were a couple of areas that could be better.

What if I don't have fresh tuna?

If you don't have any fresh tuna, you could use canned. But only use solid tuna pack in olive oil, not water.

Although if you Google linguini you will find recipes, from some rather large recipe sites, using this all too common misspelling don't be fooled. It's linguine.

A simple char, a few easy ingredients tossed together, and it's dinner. On the table ... in about 20 (maybe 30) minutes. 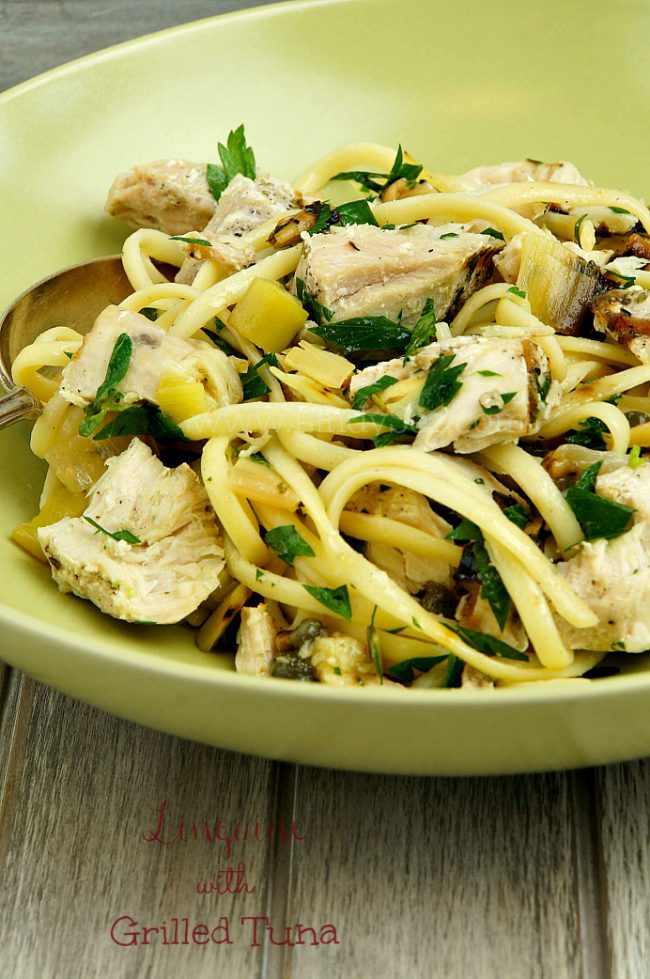 Serve with Steamed Green Beans with Slivered Almonds or a Baby Greens Salad with a Light Balsamic Vinaigrette to complete your meal.

LindySez: We enjoyed this with a glass of unoaked (or as they call it now "naked") Chardonnay. A Sauv Blanc would also be a good choice ... if you are into these things.

Here are more fish and pasta recipes for you to try...

BUCATINI WITH SHRIMP AND PINE NUTS IN A LIGHT CREAM SAUCE 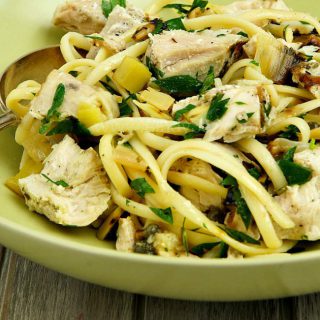