Is Gluten Free the Way to Be? 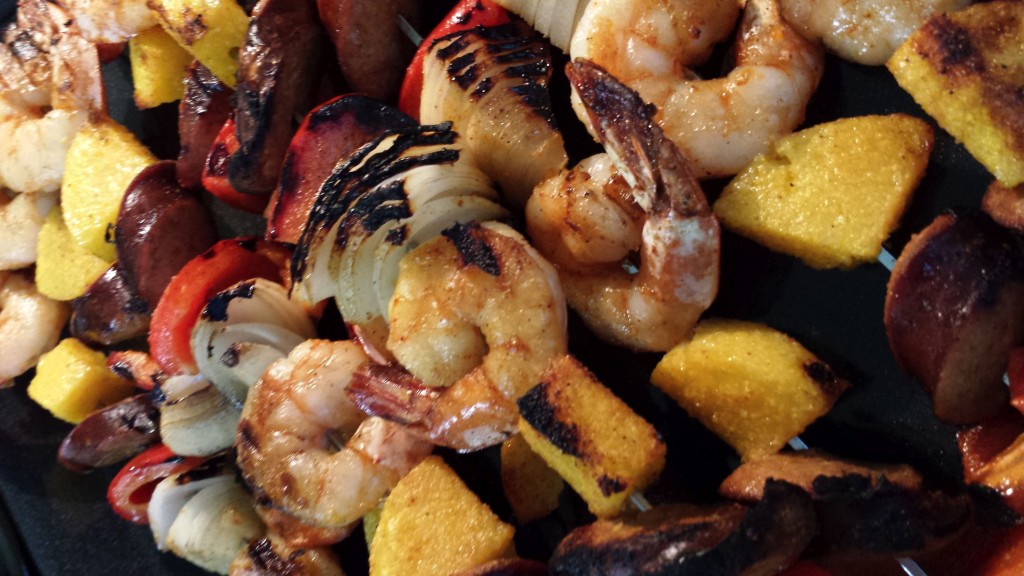 Gluten free is everywhere these days, and people are jumping on the bandwagon it seems, for one reason or another. And there are certainly reasons to be ON the bandwagon. But for a lot of us, it’s all just hype. The newest hype. The latest hype. Until we find some new hype.

Is gluten free the way to be? 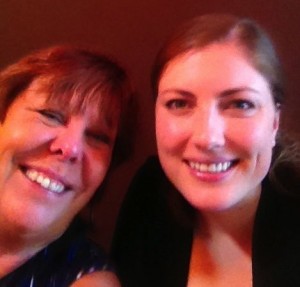 I was recently contacted by an old neighbor, well, she’s not old, she’s all of 28, but as the former babysitter for my son Trevor when we lived in Pacifica, she’s an old neighbor. She wanted help finding work in the culinary world. Having earned a Bachelor’s degree in “Science in Exercise Psychology” and while working in that field, she discovered she had a passion for food and cooking and was hoping to move into the sales and marketing of food products and cookware. Move  away from the “create an exercise plan”  and into the Crate and Barrel or Sur La Table family. As we were making plans to get together to discuss the possibilities, she told me that she was gluten-intolerent but she was also confident she could find something to eat wherever we met up for lunch.

Gluten, as you probably know, is a protein that is found in wheat, barley, rye and other grains in the Triticeae family. When you have an intolerance to gluten, you might experience extreme heartburn, bloating, gas, diarrhea, none of which is too pleasant, but sometimes hard to pinpoint to gluten. There is no real “test” for gluten intolerance. And Megan’s story shows how hard it is to come up with a diagnoses.

It all started when I was nineteen years old and I began to notice stomach aches and heartburn that seemed to occur after every meal—regardless of what I ate. I’d take some antacids, try to avoid spicy and acidic foods, attempt to cut down on my morning coffee, and yet, the heartburn would persist. I recall eating a plain bagel as a test, as it seemed to be the most benign thing I could eat, and still got heartburn. I talked with my doctor about it, and left her office with a prescription for a proton-pump inhibitor (PPI).

A PPI functions by essentially shutting off stomach acid, and should not be used for periods longer than two weeks. Looking back now, I wish I had questioned her about the prescription. Taking the medication was a perfect example of attempting to put a bandage on the issue, in hopes that it would just go away. No stomach acid equals no heartburn! Makes perfect sense, right?

Well, sure—in the most simplified analysis of the situation, but not when you take our physiology into account. Stomach acid serves a purpose, and that purpose is to break down the foods we eat (specifically, protein) into smaller parts to provide us with energy and nutrients. When there is no stomach acid to help break down the bonds in the proteins, we’re missing out on some key nutrients.

Fast-forward to four years later—I’m still taking the medication, and feeling awful (though, my stomach felt fine, of course). I tried to blame my relentless fatigue and poor moods on a my job, as an irregular work schedule had me getting to work in the wee hours of the morning twice a week, and closing at least once a week. But hey, nothing a little more coffee can’t fix!

I’ll forever be grateful for hitting that nutrient-deficient low when I did. I realized I had been taking this medication for four years, and wondered if it could have anything to do with how I was feeling. A quick search online confirmed my suspicions—PPI’s were to blame for my nutrient-depleted state and debilitating fatigue.

At the time, I had a wonderful coworker who was studying clinical massage therapy. She asked me right away if I thought my acid reflux could be a result of something I was eating. She suggested I try a general elimination diet to see if I could figure out what my body was reacting to. At the end of the first day, I was amazed—no heartburn at all. I was simultaneously ecstatic and mentally slapping myself for not coming to that conclusion sooner! Why hadn’t I asked myself, “Oh, your stomach hurts when you eat things? Could it be the foods you’re eating?” And so, my gluten-free journey began.

I believe there is a whole spectrum of food intolerances. I don’t have celiac disease, but my system does not want anything to do with gluten-containing grains. That said, gluten-free grain options such as brown rice and corn can give me heartburn if I have too much of them in a given day, which in my opinion, indicates to me that I am intolerant of them. It’s really a process of trial and error when it comes to finding out food intolerances or sensitivities, but I promise it’s well worth the investigation.

So, with that, what do I eat? A typical day of meals might be a vegetable scramble with sweet potato for breakfast, a big salad or bowl of homemade soup for lunch, and chicken legs and vegetable skewers on the grill for dinner. It’s important to note that eating a gluten-free diet can be unintentionally low-carb if you drop all the cereals, breads, and pastas you used to eat and don’t replace them with a gluten-free carbohydrate source.

But what about going out to eat? Fortunately, its fairly trendy to be gluten-free. At restaurants, I’ll check out the menu for something that in theory, shouldn’t contain gluten. Then, I’ll ask the server if it doesn’t contain any gluten for sure. Gluten sneaks it’s way into sauces, soups, and other dishes you might not realize without asking how it’s prepared. Some restaurants are ahead of the trend, marking gluten-free dishes with a cute little symbol to let you know you’re good to go! An easy go-to if you’re at a more casual place is a hamburger with a lettuce wrap. Salads are generally safe, provided they don’t cover it in croutons or a gluten-containing dressing. Please note that if you do, in fact, have celiac disease, you must be much more careful while eating out of the house. I realize I’m lucky that I’m just intolerant, and that an accidental exposure just means heartburn for the day.

So, Should you be gluten free?

If you have Celiac (Crohn’s) disease, then a resounding yes.  Celiac disease is is an autoimmune digestive disease that damages the villi of the small intestine and interferes with absorption of nutrients from food. What does this mean? Essentially the body is attacking itself every time a person with celiac consumes gluten. The only way to avoid the symptoms and nutritional repercussions of Celiac disease is to completely avoid gluten and gluten products. 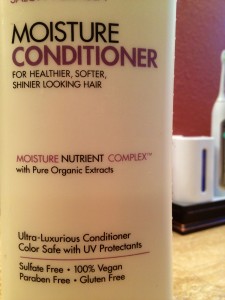 Recently I posted a photo of something that I thought was really silly. Hair conditioner stating it was “gluten free”. Well, I thought, who’s eating their conditioner? As I did more investigation into Celiac disease, I found that people that have full blown Celiac can be sensitive to gluten in topical products. Especially lipsticks, facial creams and anything that can be absorbed in any way into the blood stream. Who knew? I didn’t.

The only way to know if you have Celiac disease is with testing. If you test negative, you might just be gluten intolerant. Which needs to be dealt with, but not as critical to your health as is Celiac.

If you are gluten intolerant. Again, yes.   If you suffer symptoms as described in Megan’s story, then it certainly would be advised that you try changing your eating habits to see if you have a gluten intolerance , a wheat allergy or another food is causing the symptoms. You can do this with an elimination diet.

If you are trying to lose weight. No, going gluten free will not help you lose weight UNLESS you are not substituting wheat products with the new and improved packaged gluten free products. Ounce for ounce, most are the same, with many of the gluten free products having 2X’s the amount of carbs that wheat products have. If you are trying to lose weight by cutting out carbs, then cutting all carbs would seem the way to go. A diet rich in lean proteins, whole fruits and vegetables with less bread, cakes and cookies is bound to help you lose weight. Throw in some exercise and you are good to go with that whole weight loss/diet regime.

To control diabetes?  Again, while replacing carbs that contain gluten with carbs that do not, then no. It’s not helping you. Putting down the cake, candy, cookies, double cheese burger, fries, fatty greasy sugary foods, that will help you with diabetes. Almost all sodas are gluten free. Is drinking them going to help you fight diabetes? No. So same as losing weight, lean proteins, fresh vegetables and fruits and EXERCISE, those are the keys to controlling diabetes. I’ll grant you, some people may have diabetes who live a healthy lifestyle, genetics can be a slippery slope, BUT most diabetes comes from lifestyle choices, how we eat and how we much we exercise or the lack thereof.

Cause it sounds so cool to say “I’m eating gluten free”..no. Unless you really really need to sound so trendy. Then say it until the next newest trendy hype comes along. 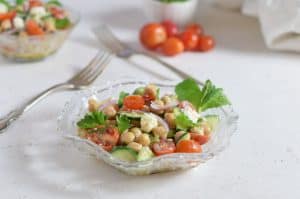 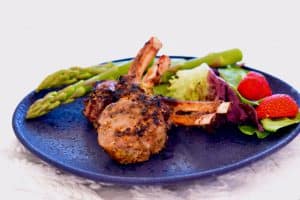 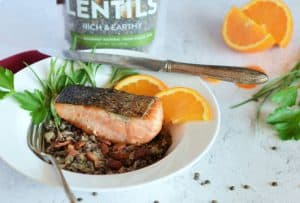 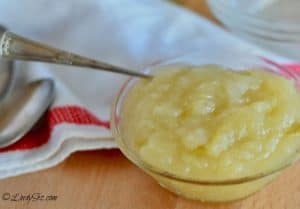 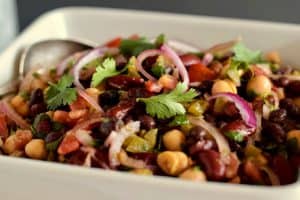 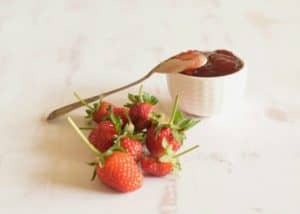 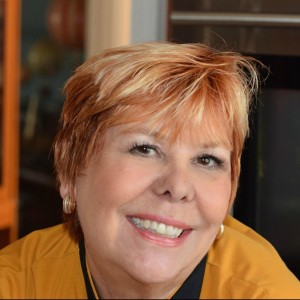 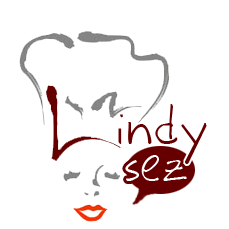